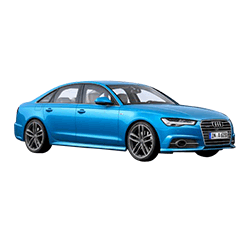 Should You Buy a 2016 Audi A6? Here Are Some Reasons For and Against

The 2016 Audi A6 is a stout mid-size sedan that delivers a very fulfilling driving experience. Not only does the sedan offer a high-quality interior, but it is also packed with an abundance of standard features. While the base model will satisfy most drivers, the top-of-the-line trim is filled with innovative technology. As always, buyers can opt for Audi’s world-class Quattro AWD system. A solid safety profile makes the new Audi A6 a great choice for families.

The base engine is now a 2.0-liter, turbocharged four-cylinder. Despite the engine’s rather small size, it is still able to deliver a solid punch. With a total output of 252 horsepower and 273 pound-feet of torque, the engine will definitely appeal to the drivers who are looking to save some extra cash. Gas mileage stands at an impressive 33 mpg on the highway.

In terms of fuel efficiency, the TDI diesel engine is clearly the best engine choice. Drivers can expect to get a whopping 38 mpg on the open road. The TDI diesel engine also produces 428 pound-feet of torque, which is more than any other engine in the lineup. The surplus of torque enables the2016 Audi A6 to conquer steep mountains with ease.

For the drivers who desire the utmost performance, the supercharged V-6 engine will surely put a smile on their face. The mighty engine produces an exciting 333 horsepower and 325 pound-feet of torque. During performance testing, the sedan jetted to 60 mph in only 5.2 seconds. Surprisingly, the potent motor still gets fairly good gas mileage.

While front-wheel drive is standard, prospective buyers can upgrade to an AWD system. According to some automotive experts, the Quattro AWD system is the best on the market. The amount of traction is unbelievable. When equipped with the Quattro AWD system, the 2016 Audi A6 can handle snow-packed roads with confidence.

Most people are surprised by the sedan’s fun-to-drive character. Even the base engine provides plenty of power. Although a manual gearbox is not available, the majority of drivers will not mind its absence. However, driving enthusiasts are encouraged to opt for the Sport Package. The goodies include a sports-tuned suspension system, a sport steering wheel, shift paddles, and a set of 19-inch performance tires.

Audi has made a few styling changes to the 2016 Audi A6. Fitted with a new bumper and an aggressive-looking grille, the new A6 now looks even more refined than the previous model. A set of LED taillights also give the sedan a modern appearance from behind. While the standard wheels are rather attractive, the available 20-inch wheels will dazzle onlookers.

Buyers do not have to climb the trim ladder in order to ride in luxury. Even the base model welcomes the passengers to an extremely nice interior. Drivers will love the Audi Drive Select system, which has comfort and sport settings. Some of the other standard luxury features include xenon headlights, Audi’s MMI infotainment system, a 10-speaker sound system, heated front seats, and leather upholstery.

The 2016 Audi A6 displays a five-star safety rating. This means that the entire family will remain protected during a crash. Standard on the A6, the Pre-Sense Rear system actually flashes the brake lights to warn motorists who are following too closely. An auto-dimming rear-view mirror also comes standard. Buyers can opt for a long list of advanced safety features, including a Driver Assistance package.

There are plenty of high-tech features available for the 2016 Audi A6. The voice-activated navigation system will certainly come in handy on road trips. Meanwhile, the head-up display helps drivers to stay focused on the road ahead. Some of the other high-tech components include a four-zone climate control system, ventilated seats, a top-view camera system, and a thumping Bose sound system.

Due to its solid fuel efficiency, the 2016 Audi A6 can be used as a daily-driver or a long-distance cruiser. The trunk should provide ample luggage space for most travelers. Furthermore, the sedan’s outstanding ride quality should keep everyone happy.

There are still a lot of drivers who prefer using a manual transmission. Audi A6 owners will have to settle for either an automatic transmission or a CVT.

Depending on the particular engine, Audi uses either a supercharger or a turbocharger. While this helps to maximize the engine’s performance, some drivers may prefer the simplicity of a naturally-aspirated engine.

How the A6 stacks up to the competition:

The 2016 Audi A6 competes against mid-size sedans such as the BMW 5 Series and the Cadillac CTS. Audi’s legendary Quattro AWD system makes the A6 a better performer in bad weather. While the Cadillac CTS can match the A6’s sporty handling, it does not offer a super-efficient diesel engine.

From a performance standpoint, the 2016 Audi A6 is hard to beat. The sedan also surrounds its passengers with high-quality components. While the supercharged V-6 model is fast, the new four-cylinder engine is cheaper and delivers even better gas mileage. Meanwhile, outstanding crash test scores validate the A6's superb safety rating. A strong resale value also remains one of the sedan's strong points.