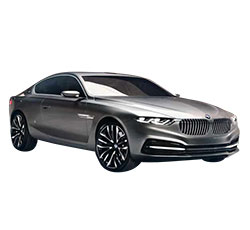 Should You Buy a 2017 BMW 7-Series? Here Are Some Reasons For and Against

Last year the BMW Company set out to redesign their flag bearing sedan, the BMW-7 series. The mission focused on increasing the elegance, comfort, and luxury of the car. The 2017 BMW 7-Series marks the realization of the dream with a design that puts it right at the top amongst the list of large luxury sedans. It is the perfect car for business executives, thanks to the extravagant back seat space. In this review, we provide you with the top ten reasons to buy the 2017 BMW-Series and some reasons not to.

This Sedan ushers in the 740e xDrive, the plug-in hybrid variant, as well as a touchscreen Display Key that is now a custom tweak in all the BMW 7-series. Besides, the car offers its drivers with an option to choose either the all-wheel drive or RWD drivetrain while on the base 740i.

The 2017 BMW 7-series has a power system that enables the user to switch between either gas or electric propulsion. With the recent revolution from gas to electric-powered cars, this model provides an excellent bridge between the two and can be a good entry point for those who’ve wanted to drive an electric car. The power system can generate up to 320 horsepower that lets you drive the car in full electric mode for over 20 miles comfortably.

The 2017 BMW 7-series features a twin turbocharged V12 engine equipped in the current M760i xDrive which is a new provision for the flagship BMW V12 engines. Under the hood of the car are 740i and 750i plug-in hybrid power systems that have twin-turbocharged inline-6 and a twin-turbo v8 respectively. The 740i xDrive for the 2017 BMW 7-series produces 322 horsepower when combined with the 111-horsepower electric propulsion. In a different model, the BMW Alpina B7, the 750i model has an additional 155 horsepower for a driver looking for extra torque.

This feature in the B 7-series features a sizeable touchscreen meant for the remote access to the cars security alarms. Besides that, it allows the user to maintain schedules, fuel reserve, and the range. Its aspect that lets you instruct the car to parallel-park without actually driving it is a game changer.

The 2017 BMW 7-series has the signature BMW Gesture Control that allows users to perform control maneuvers through simple hand gestures on the display screen. Such functions include receiving incoming calls and messages and regulating the radio volumes among others. For instance, it can be used to find a route home by pointing two fingers towards the dash. A keyless entry system is another feature that enhances the ergonomics of the B 7-series.

The BMW 2017 B 7-series’ interior features a chic wood veneer, aluminum trim and cutting edge chrome accents. Different trim levels have unique designs; for example, the 750i model features Dakota leather. Other exciting features of this sedan are two-section LED panoramic sunroof and a new ambient plus fragrance option to aid in the personalization of the cabin. Passengers at the king-sized backseat are supplied with reclining seatbacks and footrests that fold out when needed. In the dashboard, there is a 10.2-inch touch command system that performs seat adjustments and infotainment controls. The US market will receive long-wheelbase versions that are responsible for the car’s ample accommodation.

BMW is renowned for its clean metallic finish and sport-sedan infusions that differ with other car brands in the market. The Active Kidney Grille in the 2017 BMW B 7-series has been stretched back slightly with the beltline yielding to the well-sculpted hood in a subtle manner. That design does not only improve its aesthetics but also manages the rate of airflow efficiently.

The 2017 BMW 7-series has a twin turbocharged v12 engine that produces a total of 600 horsepower plus a 590 pound-feet of torque to give it a hyper-acceleration of zero to 60 in 3.6 seconds. A 740i xDrive system offers 4-wheel drive powered by a twin-power turbocharged 3-ltr inline-6 drivetrain. The model is also expected to feature a diesel engine which is yet to be produced in the 2017 BMW 7 model. Its distinguishing feature is the 740e xDrive plug-in used in the Alpina B 7 xDrive. This plugin can propel the car for 14 miles on electric mode at a constant speed of 87 mph. Its engine is integrated with an eight-speed auto transmission powered partially by a Li-ion battery located under the rear seat. To make the most of the electric drive mode, its users can engage it at low-speed urban centers.

Below the BMW B 7-series is a group of electric chassis controls that are significantly advanced. In all the 2017 BMW 7-series models, there is an addition of air suspension that works in unison with electrically controlled dampers to offer its drivers and passengers a smooth ride. Besides that, the B 7 series also has an Autobahn option that has an Active Comfort Drive plus fantastic Road View features. This tweak adds anticipatory aspects to the car dampers, air suspension system, and the functional roll bars.

The model comes with an Active Steering that provides a variation between rare- and front-wheel steering. It is integrated into the system such that the all-wheel drive works perfectly with the all steering option. With help from the navigation system data, the 8-speed auto transmission can now change the shift options depending on the turns and nature of the terrain. For an improved handling at high speeds, its drivetrain provides the capacity for decoupled coasting for up to 100mph.

The car contains a whole suite of safety features as well as driver-aid that are both active and passive in nature. They include a post-crash auto braking system, collision warning, and a lane departure warning.

In the 740e xDrive, the handling isn’t perfect without the application of the active roll bars or the Active Steering option. It pushes more, rather than rotating, when leaning in sharp bends, a factor that may be facilitated by the 4,40lb plugin-hybrid.

Though the ride quality on the 2017 BMW 7-series is perfect, the tire profile may be more punishing to its drivers on an encounter with sharp bumps.

3. Too direct a steering for sport mode

Some drivers have found the steering rather direct in the sport mode which needs a lot of slight corrections on-road.

The 2017 BMW 7-series holds its own well considering the type of competition it has in the market. The key competitors include Lexus LS, Jaguar XJ, Audi A8, and Mercedes-Benz S-Class all who are reputable luxury Sedan manufacturers. The 7-Series leads in terms of suspension and how it handles aerodynamic drag through the side vent.

The 2017 BMW 7-series is a great sedan all factors considered, especially for corporate individuals who appreciate rear seat space and immense comfort. Its power and performance are more than adequate for the average due to the installation of the all-powerful BMW's V12.