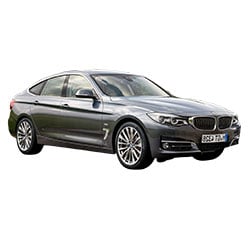 Should You Buy a 2017 BMW 4-Series? Here Are Some Reasons For and Against

The BMW 4-Series is a new name in the BMW lineup, but is a vehicle that has been with us for a long time as the 3-Series Coupe. Spun off into its own model in 2013, the 4-Series represents a more sporty and youthful take on the compact luxury car than the more conservative 3-Series. Driving enthusiasts and fans of 2-doors and convertibles will enjoy this interesting variation of BMW’s age-old classic.

The 4-Series is only on its fourth year, having debuted as a 2014 model, so there have not been significant changes year after year. The 2017 BMW 4-Series sports two new engines and two new models for them. The 428i is replaced by the 430i and 435i gives way to the 440i, matching a similar change in the mainline 3-Series sedan.

Luxury vehicles are notoriously finicky and expensive to maintain, so the high reliability scores of the 2017 BMW 4-Series are a welcome sign. J.D. Power and Associates gives the 4-Series a score of 4 on its reliability index, indicating ‘above average’ reliability. That is higher than its Mercedes, Cadillac and Audi competitors.

The 4-Series counters one of the major complaints about the current BMW lineup - its conservative styling. The 2017 BMW 4-Series has a wider stance, a more rakish roofline and flashier side detailing, resulting in one of the more animated designs BMW has produced in recent years. For those who like the 3-Series but want something with more exciting looks, the 4-Series is a great solution.

While some coupes come with a relatively limited pallette, the 2017 BMW 4-Series gives you a lot of different trim options to choose from. They range from broodingly dark blacks to rich browns and even almost flamboyant reds and blues. This lets you customize your 4-Series to reflect your own personal style.

The 2017 BMW 4-Series Gran Coupe is a unique entry in the 4-Series lineup, featuring four doors and a sweepingly large rear section with a hatchback-style rear cargo compartment. It is enormously spacious, with more cargo space and rear passenger room. With hatchback utility and BMW performance, it is a unique value proposition.

It would not be a BMW without some power under the hood. The 2017 BMW 4-Series offers a choice of two engines, both of which have been upgraded for this year. The smaller is a 2.0-liter four-cylinder turbo weighing in at 248 horsepower, while the larger is a 3.0-liter turbocharged inline-six that sports 320 horsepower. The former does zero-to-sixty in just under 6 seconds, while the latter does it in just over 5 seconds.

The 2017 BMW 4-Series has a stiffened suspension and recalibrated steering compared to its 3-Series sibling, resulting in a tighter and more controlled drive. It is both composed and responsive. Its solid driving dynamics are a testament to BMW’s ability to make a great performance vehicle.

Unlike many other luxury compact vehicles, the 2017 BMW 4-Series is based on a rear-wheel drive architecture that offers better performance and handling when accelerating out of corners. The all-wheel drive is optional, but is also primarily rear-wheel driven, giving you the best of performance and safety. Both handle themselves confidently across a variety of driving situations.

The days of every performance car sporting a manual are gone, but BMW keeps them alive by offering a competent and responsive manual transmission option on the 2017 BMW 4-Series. This is good news for old-school racing enthusiasts. However, it is not an option on the convertibles or Gran Coupe models.

The 2017 BMW 4-Series has all of the latest safety technology available, making it a very safe and reliable car. It even includes features like automatic emergency braking, forward collision warning, blind-spot detection, a 360-degree camera and a variety of parking assistance tools. It is safe, intelligent and innovative.

The back seat of the 2017 BMW 4-Series is not very comfortable for adults. While this is not meant to be a car for chauffeuring people around, this can nonetheless prove annoying. The solution is available in the form of the Gran Coupe, which has even more passenger space than the 3-Series.

The 4-Series is not as well equipped in its base model as many competitors and key features are hidden in the optional features column, such as a rear-view camera or leather upholstery. The sheer amount of different options packages available means you could have very expensive 4-Series cars without key luxury, convenience or safety features.

The 2017 BMW 4-Series is significantly more expensive than a similar 3-Series, which can feel disappointing given the smaller interior space and less flexibility in options. You are paying a premium for the sporty styling, which can make the 4-Series feel like a worse value.

While the seating surfaces and the dashboard of the 4-Series is very nice and richly decorated, there are still many places where there are obvious hard plastic bits that keep the interior from having a polished and pulled-together look. Similarly, the standard vinyl seats detract from the luxury feel.

The competition for the 2017 BMW 4-Series comes primarily from other entry-level luxury coupes and convertibles. The Mercedes-Benz C-Class convertible certainly offers a more polished luxury interior and feature set, but the 4-Series performs and handles better. The Lexus RC offers a distinctive look and is even more reliable than the 4-Series, but its engine choices are less impressive and it is not as responsive as the 4-Series.

The 2017 BMW 4-Series offers very similar advantages to its parent vehicle - the BMW 3-Series. The 4-Series offers slightly better handling and performance, but that comes at the cost of a more cramped interior and higher price tag. For buyers that are looking for a sportier version of the 3-Series, these trade-offs make the 4-Series a better proposition, but those not as focused on performance and style will prefer the 3-Series instead.