2015 Toyota Highlander Pros vs Cons. Should You Buy? 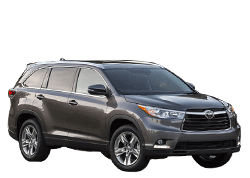 Should You Buy a 2015 Toyota Highlander? Here Are Some Reasons For and Against

The 2015 Toyota Highlander is a midsize crossover SUV. It seats up to 8 passengers or 7 with captain’s seats and has a four-cylinder engine with automatic transmission that gets 185hp and a max 184lb/ft of torque. There is an optional V6 engine on certain trim models. The exact expected release date is not known as of yet, but the general time frame is around the holiday season.

This Highlander model was based on the Toyota Camry platform and it has received several positive reviews as well as a five-star safety rating from the National Highway Traffic Safety Administration (NHTSA). These safety ratings are based on numerous crash tests and are given a star rating in the front and side crash tests as well as rollover tests and examination of additional safety features. However, it is understood that potential buyers want to know more so they are aware of reasons they should buy the 2015 Toyota Highlander. So, here are the top 10 reasons to buy a 2015 Toyota Highlander.

Aside from the 5-star NHTSA safety rating, the Highlander boasts many safety features. Here are some of them. Note: The features after Rear-View Camera are optional.

The Highlander has been redesigned with a quieter ride in mind. With noise-dampening acoustic glass and insulation, the cabin is protected from outside noises as well as noise from engine and transmission.

All told, there are 11 trim models. Trim models can feature a V6 that puts out 270 hp, and drivetrains can be front or all-wheel drive. There’s even a hybrid Limited model. Even with the highest trim options, price still falls under $50,000.

The 2015 Toyota Highlander comes with Entune connectivity and Bluetooth, which is standard on all trim models. It also comes with HD AM/FM radio, CD player, and MP3 player as well as auxiliary input. Upper-level trim models come with a JBL audio system and DVD system in the rear. This system also allows for game system input. Other features include:

The 2014 Highlander left a bit to be desired in terms of handling and ride comfort, but the 2015 was redesigned in this area as well to give passengers a smoother ride and better handling, which ties in to the decreased rollover risk. It handles well on all road surfaces and in tight turns, it handles great for a vehicle in this class.

The 2015 Highlander does more than fairly well as it relates to storage for small items.

The 2015 Highlander is far more dependable than previous generations of this model, especially last year’s model.

Although the 2015 Toyota Highlander is an SUV, its based on the Camry, so it has the size of an SUV but with performance more like a car.

These are only the top 10 reasons to buy a 2015 Toyota Highlander, although there is little doubt that there are several more reasons that those shopping for a new vehicle should choose this one. On the other side of things, there are some reasons not to buy this vehicle, and they are listed below.

Top 5 Reasons Not to Buy a 2015 Toyota Highlander

Although the Highlander does have decent storage for its class, it is still not the best. Several of its competitors have better maximum cargo space.

The base model Highlander comes with a four-cylinder engine. Most buyers would likely go for the V6 found on the other trim models anyway. It has been estimated that less than 5% of buyers would go with the standard base model.

This is tied in to the base model complaint. It would seem likely that the four-cylinder engine would have greater fuel economy than the V6. However, the difference between the two is very slight.

Although the Highlander ranks within the top 5 or 10 in SUV affordability according to U.S. News, it is not #1. There are several competitors that are cheaper than the Highlander or worth paying extra given standard features and other ranking criteria.

Given the reviews of the 2014 Toyota Highlander, questions about safety and reliability may arise despite safety ratings and overall reviews of the 2015 model. It only takes one bad apple to spoil it for everyone, and the issues with the 2014 may sour buyers on this year’s model.

2015 Toyota Highlander Versus the Competition

The 2015 Toyota Highlander is a great buy for its class for many reasons. Ultimately it’s up to the buyer to decide, but when compared to other SUV’s in its class, it’s easy to see that there are more positives than negatives and it stacks up well against any competitor. The Toyota Highlander is definitely the smart choice in terms of SUV’s.
2018 Toyota Highlander Trim Level Configurations: